Loránt Vincze: national minorities should have the same rights as national majorities

‘The initiative regarding the protection of national minorities’ rights was successful in Lithuania. 21 thousand signatures were collected in a short period of time. It is 256 percent of votes required for Lithuania. For this initiative to succeed, 1 million signatures had to be collected across the European Union. And it was done too. Another condition was more difficult – a certain amount of signatures in seven countries had to be collected. For Lithuania it was 8250. National minorities supported the initiative and signature collection has been successfully completed,’ said Valdemar Tomaševski during the conference.

Loránt Vincze, President of FUEN thanked everybody for the collection of signatures under the European Citizens’ Initiative ‘Minority SafePack’ and handed down a compact disk with the electronic signatures for the Central Electoral Commission of Lithuania.

He stressed, that EU is rather a union of economic cooperation, where most of the issues are regulated by Brussels. In turn linguistic or cultural rights are not subject to regulation. ‘It is a shame, because the motto of the European Union is ‘United in diversity’, but in our opinion this diversity should concern not only 28 official EU languages, but also other languages of national minorities, which are numerous in EU,’ said the FUEN president.

Vincze emphasized, than national minorities should have the same rights as national majorities – to use their mother tongue, get support in the field of education and culture, etc. ‘That is why we have presented suggestions regarding the rights of particular national minorities in regions; we called this initiative ‘Minority SafePack’,’ said the president. The campaign was launched in 2013. Initially, the European Commission did not register this initiative, considering that it did not fall within its remit. FUEN appealed against such decision and in 2017 the court in Luxembourg ruled that the EC should find a way to register a citizens’ initiative on guaranteeing the protection of national minorities.

‘We have started the collection of signatures in 2017. We had one year for this and we succeeded. We have collected more than 1 320 000 signatures,’ said Vincze. He added, that signatures were collected in many EU Member States, including Baltic States, Central and Eastern Europe, but also in Italy, Spain, Denmark. ‘This is not just a regional initiative. Various national communities from the whole Europe supported it. This is a campaign calling for guaranteeing the rights of national minorities,’ told FUEN chairman.

The collected signatures will be verified by national electoral commissions in 3 months. Then they will be transferred to the European Commission which will have to initiate public discussions and debates in the European Parliament. At the final stage, the EC will have to adopt a decision on taking further steps, e.g. adoption of legislation based on the initiative. ‘We are halfway there. The most important thing is ahead of us – we aim that appropriate legal acts based on this citizens’ initiative would be adopted,’ said Loránt Vincze. He thanked Polish minority in Lithuania for supporting the campaign.

‘This initiative concerns autochthonic national minorities. It does not involve immigrants, the number of whom is growing in Europe. They are under different legal protection,’ added the EAPL-CFA leader. He stressed, that the aim of the Minority SafePack initiative is to guarantee full rights for autochthonic national minorities who have lived on their land for centuries.

‘Unfortunately, these rights are not guaranteed everywhere. Lithuania is not an exception,’ Tomaševski expressed his regret. He recalled that Lithuania ratified the Framework Convention for the Protection of National Minorities without reservations in 2000. However, it is not being applied. Tomaševski emphasized, that according to the Convention, new legal acts cannot worsen the situation of national minorities. Unfortunately, the new Law on Education has been adopted in Lithuania in 2011; it limited the education in mother tongue in the schools of national minorities by introducing learning of three subjects in the state language. ‘And this was despite the fact, that the education in the national minorities’ schools has been always conducted in the native language,’ said EAPL-CFA leader. He also added that the Law on National Minorities was liquidated in our country in 2010. ‘It is a scandalous situation. The Law that has been in force since 1989 has been abolished. It is a serious violation of international convention,’ accented Tomaševski. He said, that this is why national minorities in Lithuania supported the European Citizens’ initiative ‘Minority SafePack’.

‘It is our common matter – guarantee of full rights for the traditional national minorities in the European Union,’ stated EAPL-CFA leader.

Lorant Vincze was asked about his opinion on the situation of the protection of national minorities’ rights in Lithuania. According to him, there are some problems, similarly like in other European countries. ‘When entering the EU, our states had to meet the Copenhagen criteria, which also concerned the guarantee of rights to national minorities. Many countries met these criteria, but after joining the EU, they ceased to apply them, because the old Member States also did not comply with standards regarding the protection of minority rights. France and Greece, for example, do not recognize the existence of national minority groups at all. These standards seem to be nonexistent. We want more, but we get less,’ said FUEN chairman.

Tomaševski highlighted, that Lithuania often puts Scandinavian countries as a model – there is a high standard of living, exemplary social system. ‘But somehow they do not mention good practices in the matter of protecting the rights of national minorities. For example Swedish minority in Finland has all the rights guaranteed,’ said the Member of the European Parliament. He added that Swedish is the second official language next to Finnish, even in Helsinki, where the Swedish population constitutes 4 percent of the population. ‘In Lithuania national minorities constitute 90 percent of population in some districts and even there the language of national minorities cannot be officially used in local governments. It’s a misunderstanding,’ said Tomaševski.

There are representatives of 154 nationalities living in Lithuania. Lithuanians constitute 84 percent of all the inhabitants of the country, while national minorities and representatives of other nationalities – 16 percent. Poles are the biggest national minority in Lithuania, who, according to the universal census of 2011, make up 6,6 percent of the population of Lithuania, Russians – 5,8 percent, Belarusians – 1,2 percent.

Minority SafePack Initiative is a package of act proposals the aim of which is to ensure the protection of autochthonic national minorities, and a number of EU legal acts that enable the promotion of minority rights, the right to language and the protection of culture. The main aims of the initiative can be summed up as security of national minorities and statutory regulations related to minorities, in particular, guaranteeing the use of the minority language in state and local government offices, on electoral cards, in informational inscriptions and in public life. 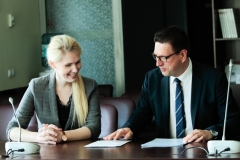 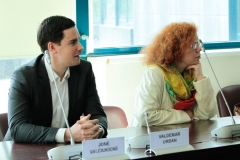 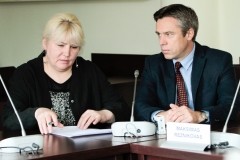 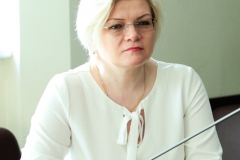 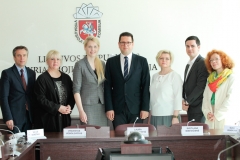 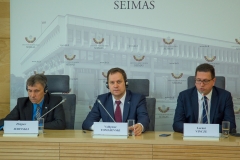 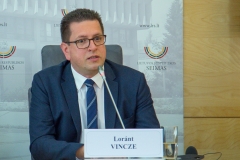 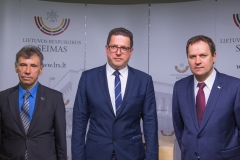 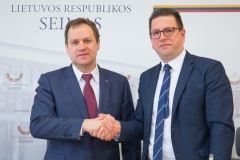