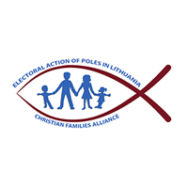 EAPL–CFA – the most honest parliamentary party

Electoral Action of Poles in Lithuania –Christian Families Alliance is the most honest parliamentary party – according to a public opinion poll conducted by the company “Baltijos tyrimai”. “Baltijos tyrimai” conducted a survey on 20th November – 4th December 2017. The company asked residents which party in the country is the most corrupted. The results of the study were published by the website delfi.lt. 1008 people participated in the survey. END_OF_DOCUMENT_TOKEN_TO_BE_REPLACED

Figure of the former President of the Republic of Poland, late Lech Kaczyński, will be commemorated on the initiative of the Electoral Action of Poles in Lithuania – Christian Families Alliance. Today, the factions of EAPL–CFA in the Vilnius region and in the city of Vilnius registered draft resolutions on giving the name of Lech Kaczyński to a wide and beautiful square near the Houwalt manor in Maišiagala and to the street-nook in the centre of Vilnius next to the Gedyminas Avenue. END_OF_DOCUMENT_TOKEN_TO_BE_REPLACED

We wish you a joyful Christmas Eve.

that was born in Bethlehem

stays in our hearts forever.

be full of cheerful and happy moments!

Member of the European Parliament 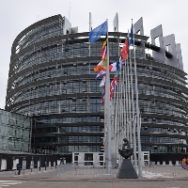 Today another scandalous debate on ‘The situation of the rule of law and democracy in Poland’ took place in the European Parliament (EP) in Strasbourg. Frans Timmermans, first Vice-President of the European Commission, attacked the Polish government in accusing it of alleged violation of the rule of law in force in the European Union. He was joined by members from other political groups of the EP, i.e. European United Left/Nordic Green Left Group, Group of the Progressive Alliance of Socialists and Democrats, and the Greens, who also added some grotesque charge regarding limitation of women’s rights, including pension and reproductive ones. END_OF_DOCUMENT_TOKEN_TO_BE_REPLACED 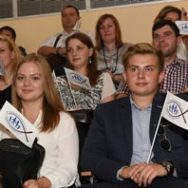 This year almost 62 thousand Lithuanian taxpayers deducted 1 percent from income tax in favour of political parties. In terms of the number of contributors, the Electoral Action of Poles in Lithuania-Christian Families Alliance took the first place supported by almost 15 thousand of people or 24% of all the taxpayers supporting political parties. END_OF_DOCUMENT_TOKEN_TO_BE_REPLACED 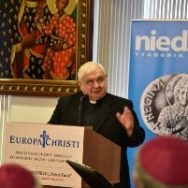 The international Congress of ‘Europe Christi’ movement took place under the motto ‘Open the door to Christ’ on 19-23 October 2017. END_OF_DOCUMENT_TOKEN_TO_BE_REPLACED 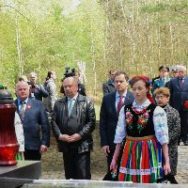 The Victory Day is celebrated in Europe and on other continents on 8th-9th May. It is celebrated on two dates, as the act of capitulation of Germany was signed in Berlin on 8th May after 11pm, which was already 9th May in Moscow. END_OF_DOCUMENT_TOKEN_TO_BE_REPLACED 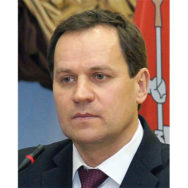 Another plenary convention of the member organizations of the Council of World Polonia took place on 1st-2nd May in Pułtusk. Poles from 32 countries took part in it. Council of World Polonia unites Polonia organizations and other organizations uniting Poles abroad. It represents 20 million Poles living all around the world. Participants discussed inner matters of the organizations, but they also talked about the relations of Council of World Polonia with Polish authorities. Lots of attentions has been paid to the topic of the defense of good name of Poland and Poles in the world, Polish education abroad, part of Polish communities in the political and social life in their countries of residence. The participants also talked about the preparations to commemorate the 100th anniversary of the regaining of Independence of Poland. END_OF_DOCUMENT_TOKEN_TO_BE_REPLACED 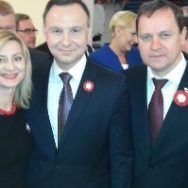 Leaders of the Polish community in Lithuania took part in the 226th anniversary of the adoption of the Constitution of 3rd May in Warsaw. Valdemar Tomaševski, chairman of the Electoral Action of Poles – Christian Families Aliance (EAPL-CFA) and Rita Tamašunienė, chairwoman of EAPL-CFA Seimas faction represented Polish community during the ceremonies. END_OF_DOCUMENT_TOKEN_TO_BE_REPLACED 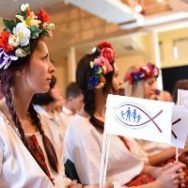 EAPL-CFA among five most popular parties in Lithuania

Electoral Action of Poles in Lithuania – Christian Families Alliance (EAPL-CFA) has more and more sympathizers and supporters. 6.9 percent inhabitants of Lithuania would vote for  EAPL-CFA if the elections took place tomorrow. At present, EAPL-CFA is fifth on the list of the most popular parties in the country. A public opinion survey was conducted by ‘Baltijos tyrimai’ poll agency on the request of ELTA news agency on 10th-19th March. According to the survey, the Lithuanian Farmers and Greens Union is still the most popular party among Lithuanians. The party enjoys the support of 30.3 percent of residents. END_OF_DOCUMENT_TOKEN_TO_BE_REPLACED